Dawdlin
The goal of Dawdlin, a new version of Wordle, is to make as many guesses as possible.

Dawdlin
The goal of Dawdlin, a new version of Wordle, is to make as many guesses as possible. 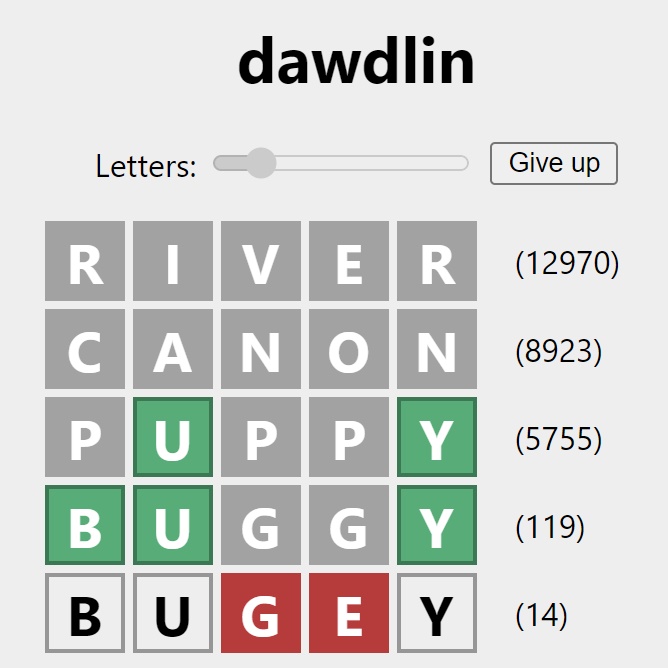 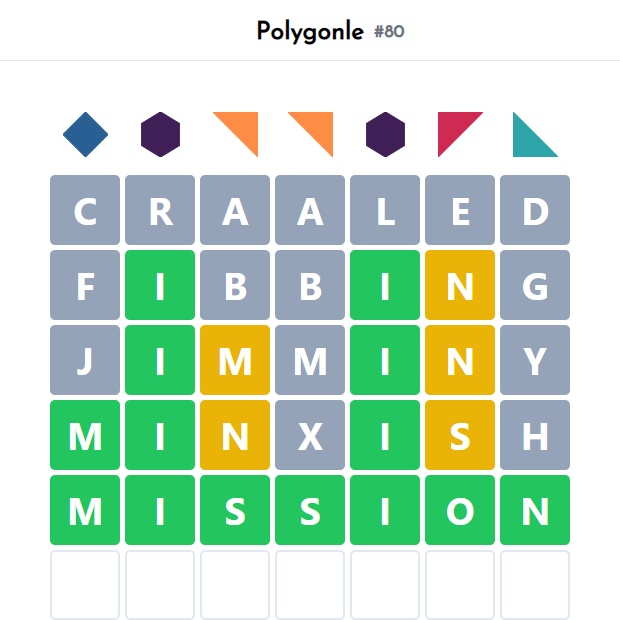 The goal of Dawdlin, a new version of Wordle, is to make as many guesses as possible.

It still indicates which letters are appropriate and which are incorrect. But wrong letters can't be used in the same spot again.
If your initial guess was a K and it was highlighted as "yellow," indicating that it was the proper letter but was placed in the wrong area, then your second and future guesses must also contain a K. If your first guess is a K and it's green (indicating it's the correct letter in the correct position), then you're stuck with that K for the rest of the game.

It's not exactly the same as Wordle's Hard Mode, but it's close. This feature makes it difficult to beat Dawdlin in fewer than four guesses, yet it allows for replayability by allowing players to submit the same guesses in the same order each time. It's not as easy as Wordle, but it's still a lot of fun to play and the matches usually wrap up quickly. Have fun!