Loldle
Loldle is a League of Legends-themed spoof of Wordle. Instead of a random word, players must guess a Champion, a skin, or a quote.

Loldle
Loldle is a League of Legends-themed spoof of Wordle. Instead of a random word, players must guess a Champion, a skin, or a quote. 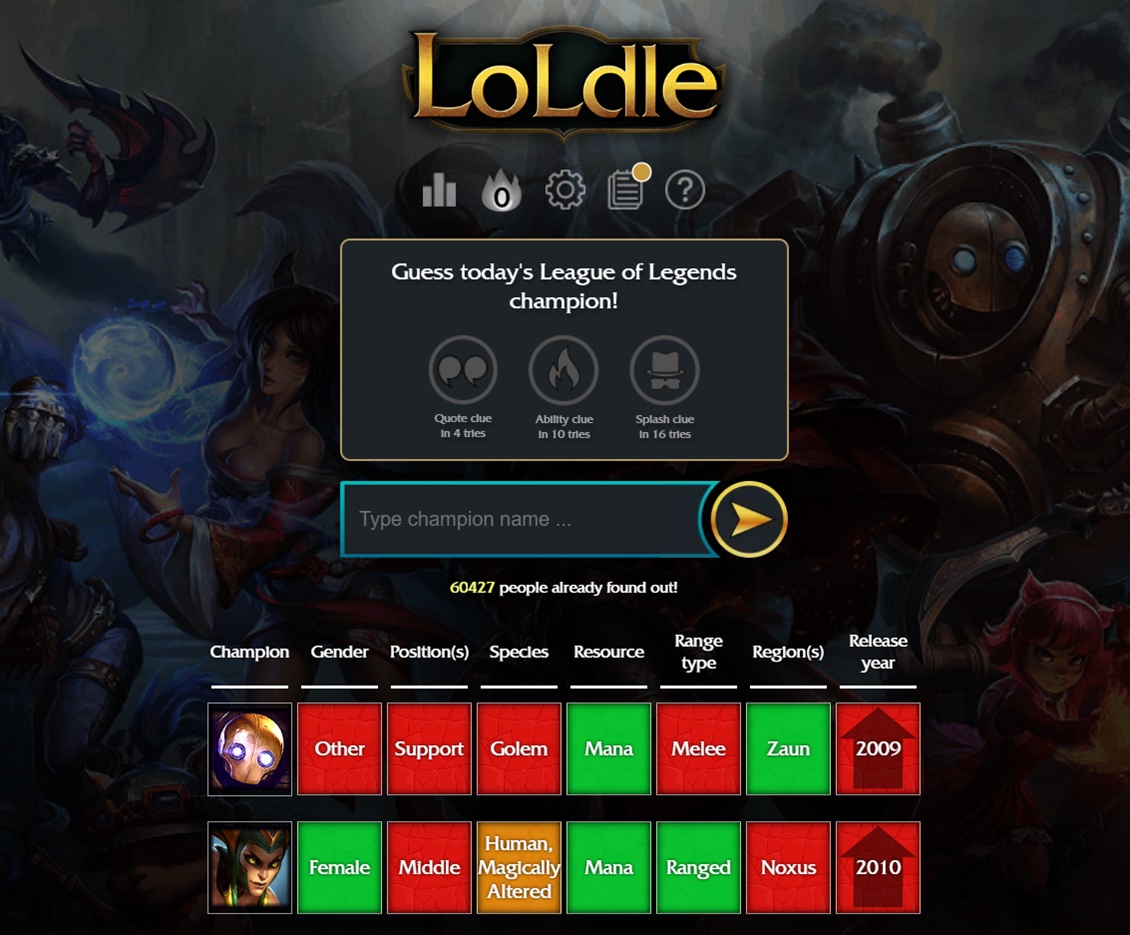 Based on Riot Games' League of Legends, Loldle is a fan-made spoof of the five-letter word guessing game Wordle. Players will no longer have to guess a random word every day, but rather a champion, a skin, or a quote. LoLdle's gameplay is extremely similar to other variations of Worlde available on the Internet, such as Footdle, the FIFA Ultimate Team's Wordle.

Each champion in League of Legends has four primary skills and one passive that can be chosen at random for Loldle's quiz. Users will start with only the image, and after five wrong answers, they will be able to see the name of the ability. As you enter the names of the champions you think match the clues, LoLdle will let you know how close you are to guessing the champion of the day. Obviously, in this version of Wordle, you need to know about League of Legends. If you don't know how many characters there are or what skills they have, you have no chance of correctly predicting the champion.

What game modes are available in LoLdle?

LoLdle has four game modes, which are as follows: In Classic mode, players need only put in a champion's name to learn about that character's attributes, such as gender, position played, species, the resource used, range type, release year, and origin. If your prediction is close enough to the champion, the tile color will change to reflect that. Green means that the property is a perfect match, and orange means that it is only a partial match. Red means that the guess and the property don't match up at all.

The community seemed to be enjoying and finding this new game to be unique. There have been other games like Yordle that are based on League of Legends, but they don't have different modes to keep players interested. LoLdle is a fan-made initiative unaffiliated with Riot Games.