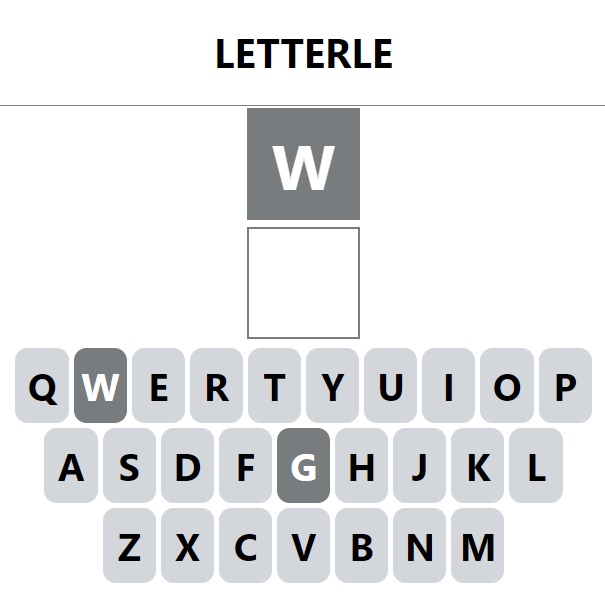 Wordle without the word is called Letterle. It's kind of like Wordle without the words. While it has similarities to Wordle, Letterle has one major difference: It's not based on words. Instead, it uses only one letter to challenge you to guess. The game does not tell the player if they are close, but it does provide them with an unlimited number of guesses.

How to Play Letterle

The letter-based game Letterle is very simple to understand but hard to master. The goal of the game is to guess a single letter, and the players have a total of 26 chances to win. It means that your performance in this game relies entirely on luck since there is no strategy involved or any way to improve, just dumb luck! You just have to guess one letter, which makes it a lot easier. Just type a letter, and it will check to see if you're right or wrong. In Letterle, there are only two kinds of tiles: grey ones that show you didn't guess the right letter and green ones that show you did. Yes, it's a lot less complicated. Unlike Wordle, the letter changes every day at different times and is different for each player. This means that if you don't do well at first, you can play this game over and over again until you get a score you like.

Letterle game is simple to play online. To make it easier, the game is available in different languages. The game will come out on January 10, 2022. It may sound silly, but people love this game, and many have shared their results on social media. Have fun!