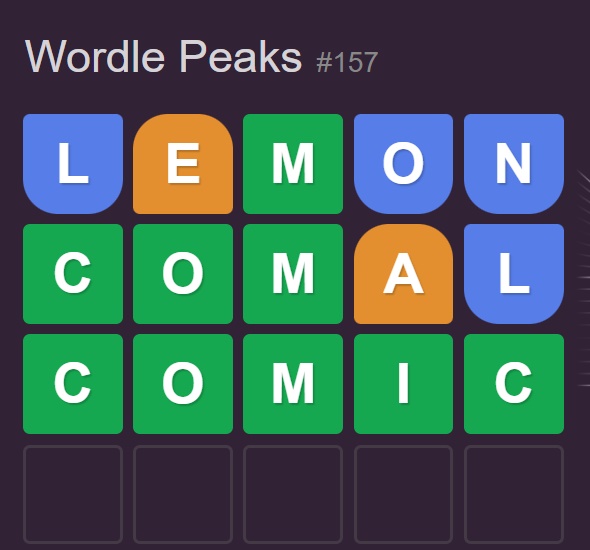 Type a five-letter word, and after 6 tries, you'll get the right answer. Each try has to be a word with 5 letters. As with Wordle, you'll see a colorful response for each letter you type in when you use Wordle Peaks. But Wordle Peaks is a little bit different. All of the green letters are right (at the peak). The letter is too high in the alphabet and is yellow (almost at the peak). And the letter "blue" is too low on the list (lowest point). 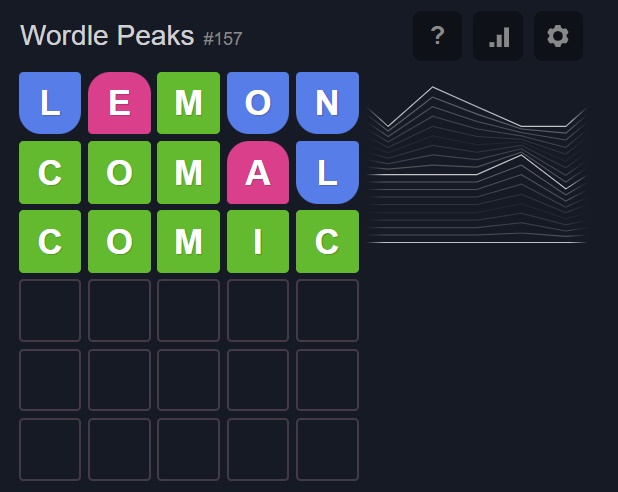 The colors make Wordle Peaks more interesting, and they don't stop there. To help you narrow your choices, each chosen tile tells you where in the alphabet the letter you need is (e.g., between I and R). By putting the clues in alphabetical peaks, you can get a sneak peek at the possible answer without cheating.

To play wordle peaks, there are five options:

It's made with SvelteKit/TypeScript and is free to use. Devin Spikowski created Wordle Peaks. (Twitter: @vegeta897).