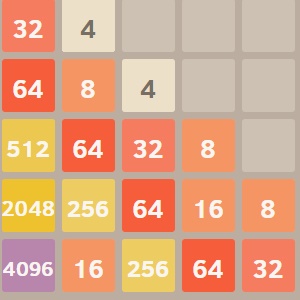 How to play: Move the tiles using your arrow keys. If two tiles of the same number touch, they will merge into one.

Gabriele Cirulli created this. Based on 1024 from Veewo Studio. Conceptually similar to Threes By Asher Vollmer.