Duotrigordle
Duotrigordle is a word puzzle based on the immensely successful Wordle. This time, players must guess 32 five-letter words within 37 attempts instead of just one.

Duotrigordle
Duotrigordle is a word puzzle based on the immensely successful Wordle. This time, players must guess 32 five-letter words within 37 attempts instead of just one. 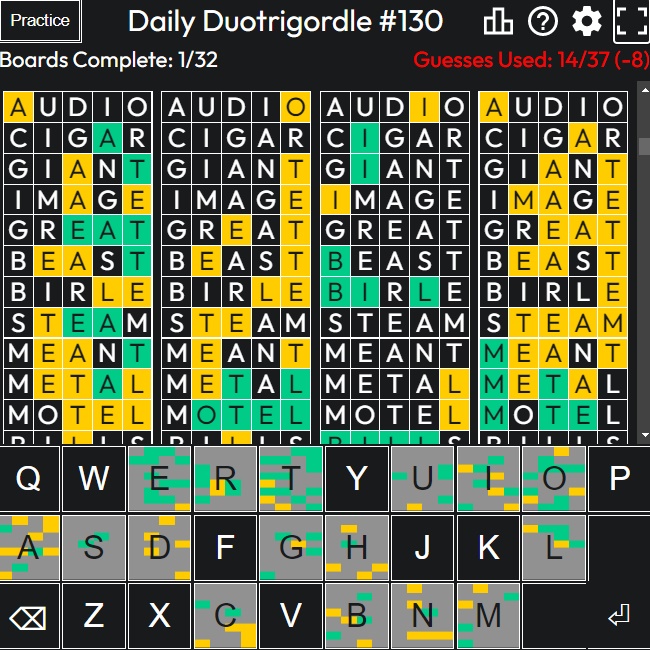 Duotrigordle is a word puzzle based on the immensely successful Wordle. This time, players must guess 32 five-letter words within 37 attempts instead of just one. Due to the large number of words, this daily puzzle can be tough, and sometimes you may need a little help finding the last couple of words.

How to play Duotrigordle

Wordle is a very simple pastime that has become popular due to its simplicity, but in this case, Duotrigordle game is extremely difficult to solve today due to only having 32 chances to solve it every day. Duotrigordle uses a 32-grid system in which you try to guess a word as fast as possible, in at most two or three attempts. First, you have 37 chances to guess the hidden word. Each try has to be a five-letter word that makes sense. After each guess, the tiles will change color to show how close the player came to the real word. If the letter is in the right place, it will turn green. If the word is there but not in the right place, the letter will turn yellow. If you type a guess in Duotrigordle, you will guess that word for each of the 32 words you're solving. All 32 words you are trying to figure out will be different.

At first, it's easy to learn, but as you get better, it gets harder. But after a while, you'll find this game easy. The game can be played at any time. The game has both a "challenge" mode and a "practice" mode. In the practice mode, you can play as often as you want. In the challenge mode, you can start a new game once every five hours. Have fun! 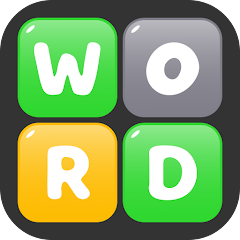