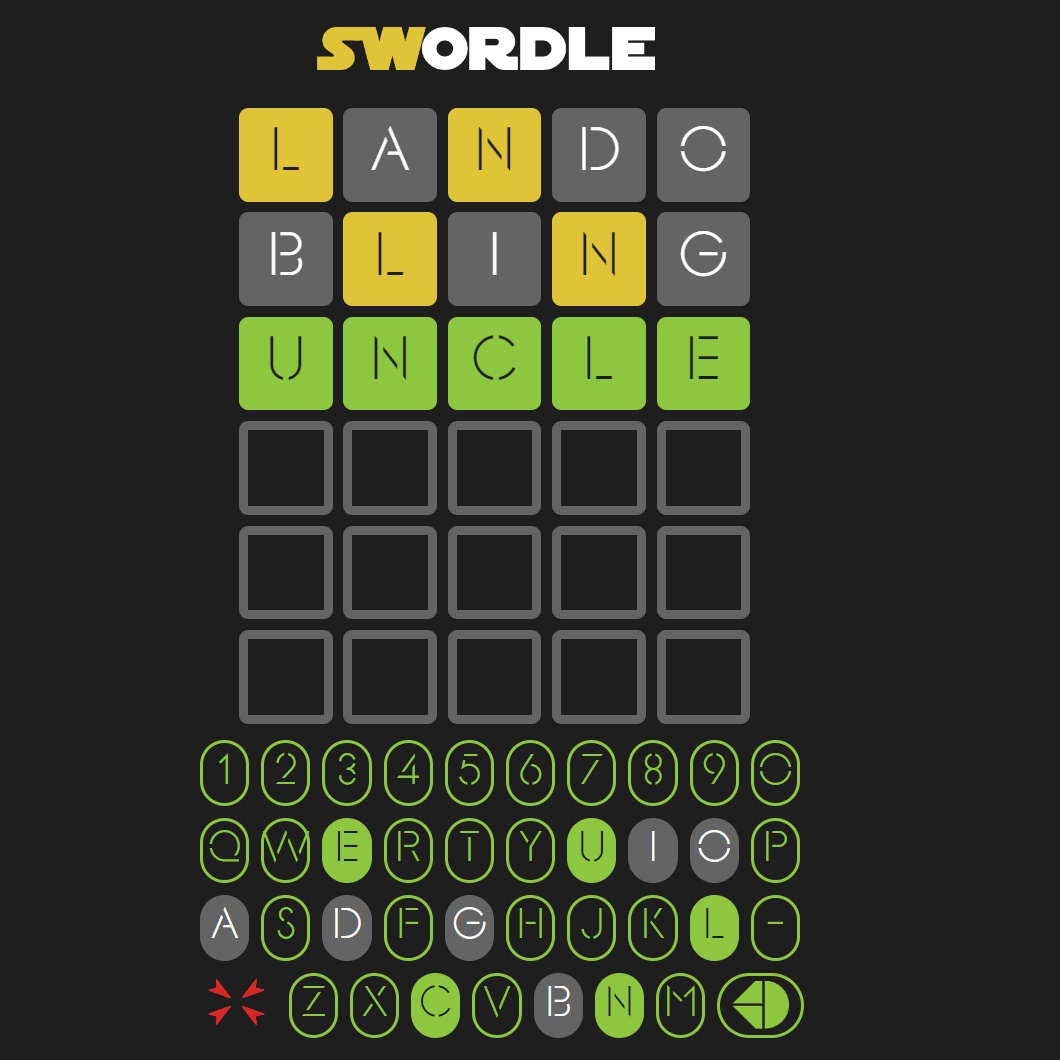 Swordle is the newest Wordle clone out there. SWordle is the newest one of a lot of sites that look like Wordle. Fans of Star Wars and crossword puzzles will have a blast with this title. There are over 14k words in SWordle, a word list created by AurebeshFiles with a mix of general and fandom-specific terms.

The gameplay is similar to Wordle. You have six chances to guess a word with five letters. The mystery word, however, will always be related to Star Wars. This means that SWordle is a quiz game as well as a word game. The more you know about the Star Wars universe, the better chance you have of getting the right answer in six attempts or less.

However, words from the Star Wars franchise, specifically droid names, may contain numbers or special characters like the dash (-) sign. While solving a Swordle, players must keep this in mind. 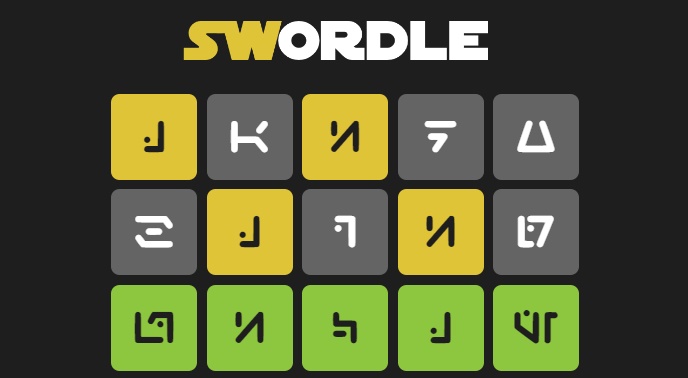 You can also play the game in Aurebesh mode, which converts all the letters and numbers to the in-universe writing system, if you want to put your Star Wars knowledge to the test. Star Wordle is another Star Wars-themed game you can play. If you want to play more games based on popular culture, check out Wizarding Wordle (Harry Potter) and Squirdle (Pokémon).

The game offers players a hint after three unsuccessful attempts, unlike Wordle. Also, people who aren't familiar enough with the franchise's words can look at the list of words the game uses by clicking on an icon in the top left corner of the screen. The "Share" button appears next to the player's statistics, and this allows them to share their gameplay.